How Did Pigeons End Up In Las Vegas?

Pigeons ended up in Las Vegas (and other cities) for a couple different reasons. Pigeons are found in Vegas, Henderson, Boulder City, Summerlin, and More. Let's go back and see what it is that attracts pigeons to cities.

Pigeons ended up in Las Vegas (and other cities) for a couple different reasons. Pigeons are found in Vegas, Henderson, Boulder City, Summerlin, and More. In this article we explore why Pigeons are so attracted to cities.

Pigeons. Some people don't mind them, others think they are intrusive. Some would say they get to close, and may even be aggressive. Whatever your stance may be, we all have to deal with them. It's an interesting phenomenon that they are here in Las Vegas. Not just because it's a desert, but because we are in a larger city.

Pigeons now share a home with humans in American cities like Las Vegas. What makes this interesting is the fact that pigeons are native to cliffs. This raises the question of why they didn't end up in more rural areas with these cliffs?

Domestic pigeons in cities started when we bred them for human use. We farmed them for a source of protein, like chicken. Then we bred them as messengers. In fact, the Greeks used pigeons to send results from the Olympic Games to nearby towns. By the 16th century, pigeons had reached a population no-one was expecting for food, messaging, and even show. Humans and pigeons were now linked. When Europeans migrated to the United States they brought pigeons with them.

Well, they escaped. Once these domesticated pigeons escaped, their population exploded throughout cities. Cities didn't become a secondary habitat for pigeons, but a primary one where they were able to live pretty well. Pigeons, especially in Las Vegas, have no shortage of human food. Human food allows pigeons to thrive, unlike they're flying counterparts (e.g. robins). Pigeons will eat scrapes of food that people left behind, and human waste has made it possible for them to successfully live in cities - not to mention humans also like to feed them.

Since Las Vegas pigeons do not need to spend time hunting for food they can focus on breeding, a lot more breeding. Many birds need trees to do so, but pigeons do not. Making Las Vegas a great place for pigeons to breed. They don't need trees, but they do like things that resemble cliffs. Las Vegas mimics these cliffs with our tall buildings that allows pigeons to nest. Obviously all our pigeons can't hang out on the Mandalay Bay, but they find other areas to call home such as fire escapes, AC units, or even the decorative statues that cover Las Vegas.

Another reason why pigeons are so successful in cities is their instinctive GPS. Pigeons can find their way home from across town, a trait that works to their advantage in Las Vegas. Many experts agree this is linked to food. Since pigeons commonly come across food they make mental notes of where they found the best food in order to check those sources at a later date.

Lots of food, lots of "artificial" cliffs, and lots of pigeons... but how many pigeons? Some experts would assume that their is one pigeon for every one person in major cities. Las Vegas would have an extreme number of birds, but this number is hard to pin point. One thing is clear, sometimes it's hard to fit all the humans and pigeons all into one city space. Give Fortified Pest Management a call to get some space back from the pigeons. To receive your free Las Vegas pigeon estimate call 702-879-4007 or click here. 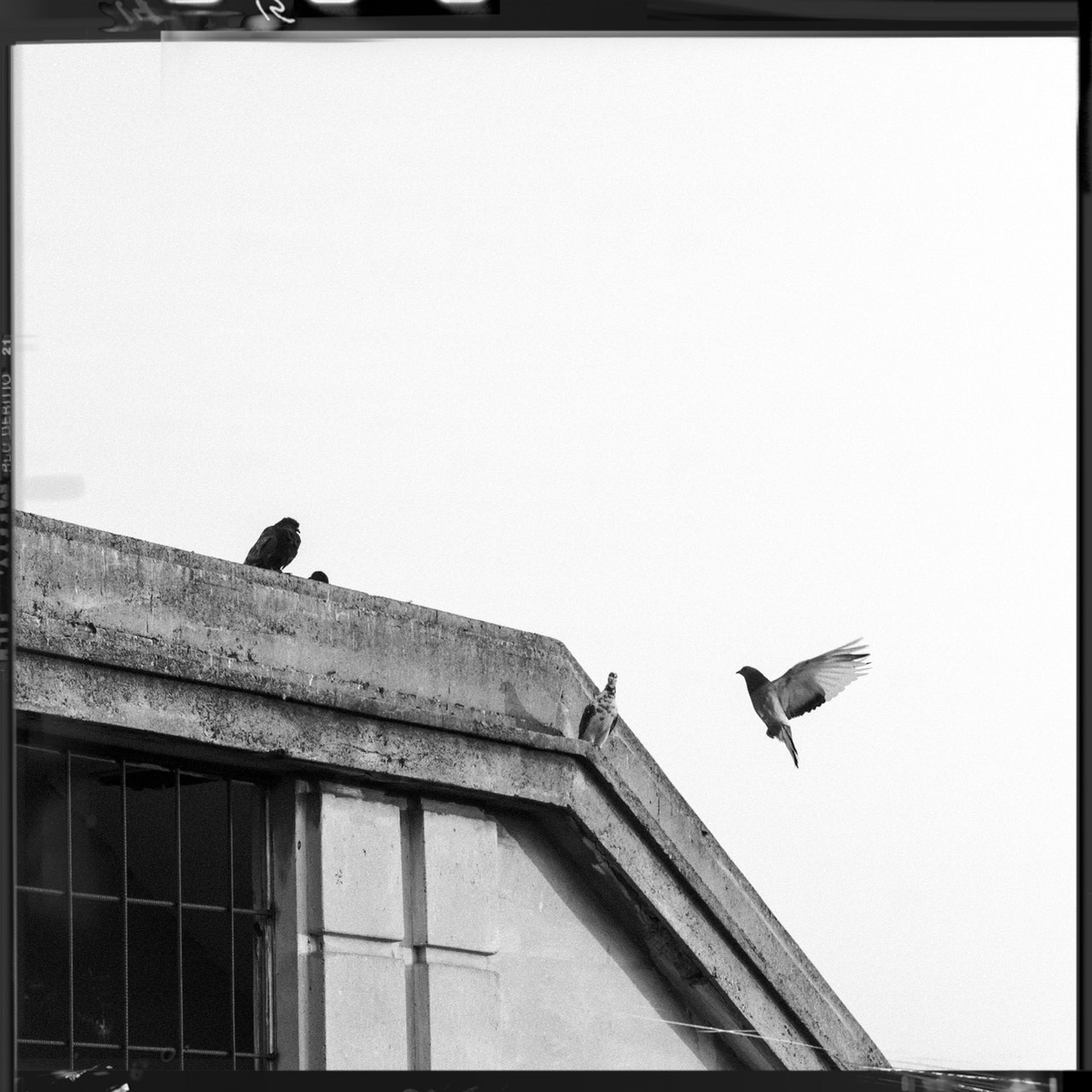 10 Tips to Rid Your Roof of Pigeons

There are things that attract pigeons and birds to your home, roof, and yard. Let's dive in to ways you can get rid of the birds. 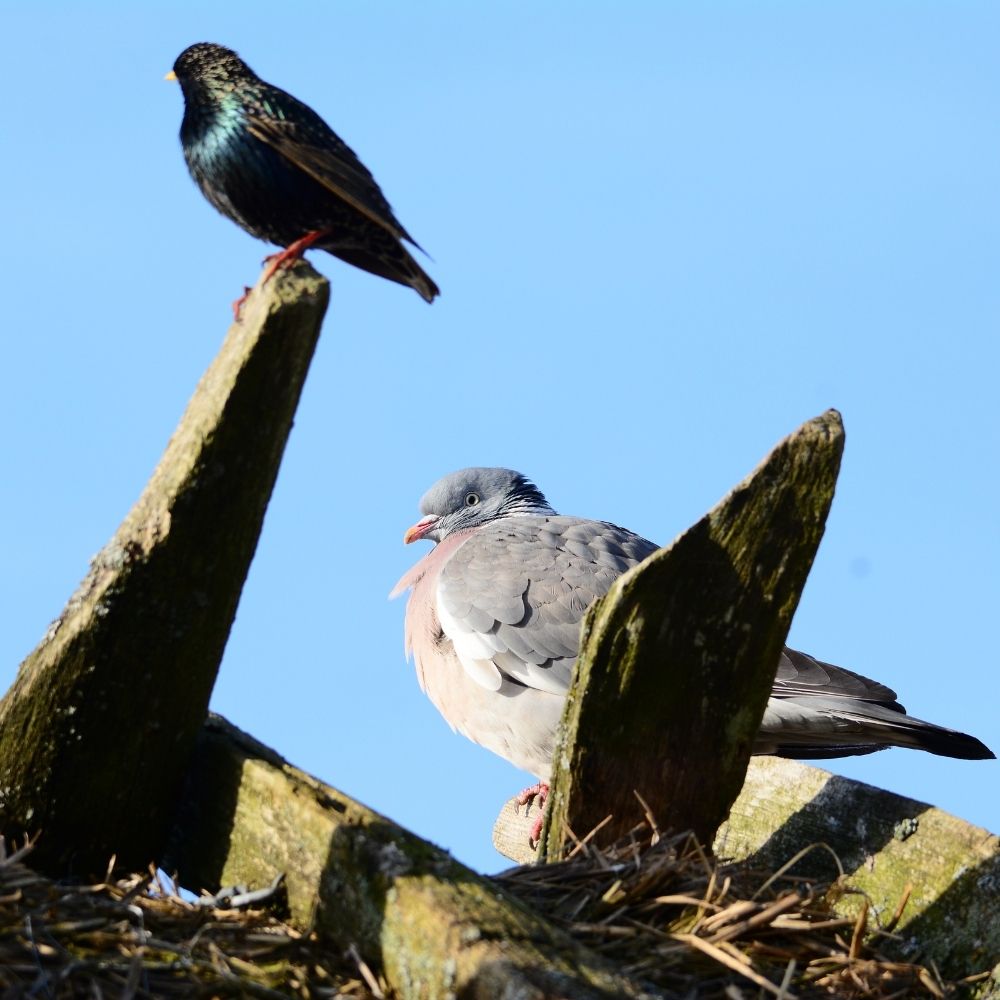 Are birds becoming a problem for your home or business? The best thing you can do is to hire the right bird control company. Check out this guide for more info. 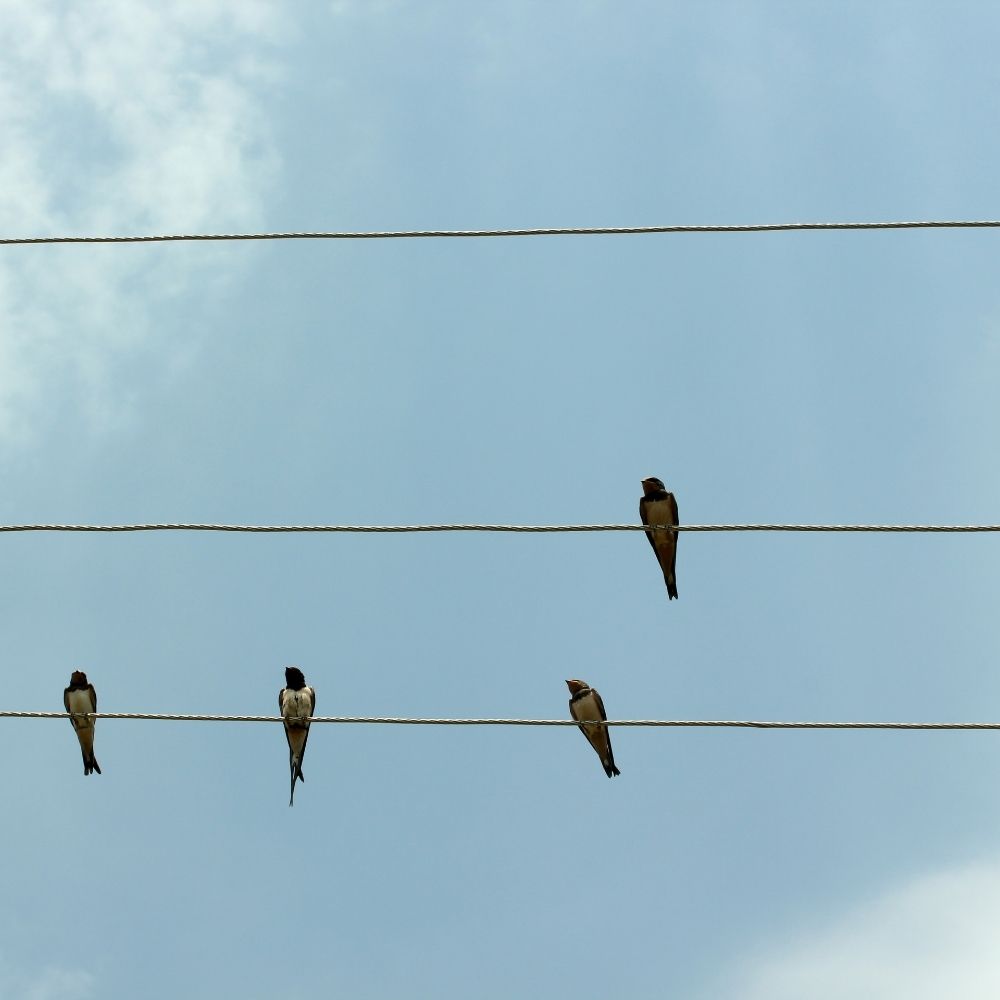 We have a few birds that are considered pests in the Las Vegas area. These birds include Pigeons (aka Rock Doves), Morning Doves, Sparrows, and Starlings.